By committing to create and nurture intercultural relationships, Tandana recognizes the value of community as a major driving factor of our work.

In Ecuador, the stories of two members of Tandana’s staff exemplify the way in which experiencing community -whether new or familiar- provides an incomparable opportunity for growth.
Español 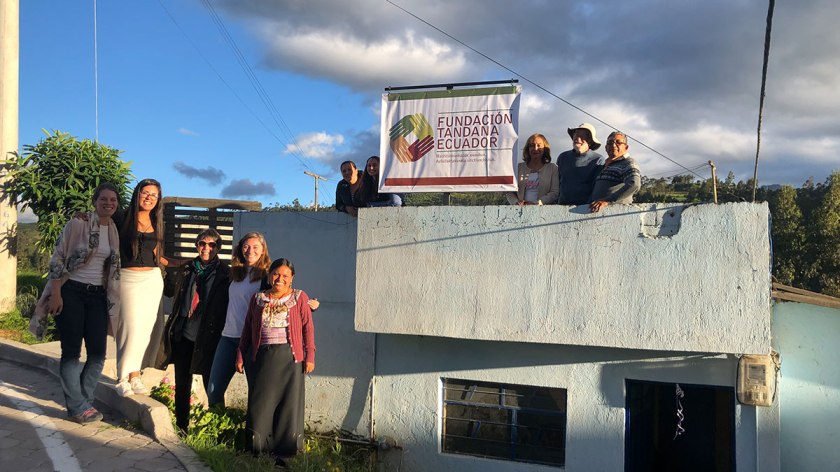 Maria José Arellano, Tandana’s Program Manager in Otavalo, was born and raised in the capital city of Quito, Ecuador. She recalls growing up in a society that valued individual development over human connection. She identifies as mestizo but says that since being a little girl, there was always something that called her to her Andean side. In additon to being part of a folkloric dance group for various years, Maria José was able to further explore her curiosity about the Andean world through friendships that she found in an intercultural youth group. She remembers this as a wonderful experience, and highlights having met Nina and Sinchi, who she befriended since day one.

When she went to a university to study Social and Cultural Anthropology, she had the opportunity to live with a family of the Tsáchila community, who became like her own family. She reflected, “I realized that everything I learned I had to unlearn, that what I knew how to be wasn’t all, and that there were other much more human ways to go about life; and that is what moved me.”

To finish her degree, Maria José unexpectedly reconnected with her old friend Nina, who suggested she write her final thesis about her mom’s community of Agato. From this experience, Maria José remembered: “I discovered that mestizos are taught a very romanticized idea of indigenous community, but it doesn’t give you a full picture…. Living here and becoming part of the community taught me that I needed to unravel my idealization of what I thought were indigenous communities and to learn to love them in their totality.”

Throughout her experience with indigenous communities, Maria José recognizes a common pattern that continues to fascinate her: people’s willingness to work together. With a smile on her face, she remembers countless stories in which people from the community gathered to work for a common goal and other’s well being. She said, “Here we are all the same, we live and feel the same thing; the feeling of achieving something together.”

Unlike her life in the city, she interacts with people from different backgrounds and as a mestiza, Maria José admits there have been challenges in her relationship with the indigenous communities. She understands that the communities’ long history with colonization inevitably affects the way she is perceived and vice versa. Ultimately, she tells me, “I can’t change the way they perceive me but I can change myself. I can change the way in which they feel me. I become a part of them when I am one with them and participate in what they do. Differences exist and that is okay. As long as there is respect, empathy, and consideration for one another, things flow easily.”

For Maria José it is very important to fully commit to what she sets her mind to. Her strength and passion have led her to be warmly welcomed into the community and as she learned from community yachak Guillermo Santillán, she purposefully invests in harvesting meaningful relationships. Looking back at her journey, Maria José cherishes having had the opportunity to unravel herself to become a better, more genuine version of herself. For her, “Community is about being human. Community begins within us, it makes you a better person and makes for a better life.”

Verónica was born and raised in Panecillo, Ecuador, with her three sisters and her extended family. Growing up, she remembers spending time with her father and grandfather who worked closely with indigenous communities. She holds dear the memories of her family’s visits to the communities and recounts numerous stories highlighting this part of her life as a particularly special one. Reminiscing about the friends from her youth that she keeps in touch with, she reflected, “These memories make me proud to still be working with the communities.”

In 1998, when Verónica was only 14 years old, her family was unexpectedly assigned to host the now founding director of Tandana: Anna Taft. Among the many happy memories she recalls from this time, Verónica remembers a particular way in which Anna’s visit changed her life. From the need to communicate with Anna, Verónica started to learn English. She said: “At first it was like a game, it was fun to learn with her, and little by little I became very interested… Anna encouraged me; and I realized speaking another language opens doors to more ways of communicating with others.” With a lot of effort and help from Anna, Verónica’s interest in learning English set her path to an adventure in an unanticipated place; the capital city of Quito.

During her childhood, Verónica remembers, there was a very unfortunate division between mestizos, mostly from la Parroquia de Quichinche, and indigenous people, from Panecillo -the latter group with whom she identifies, even though she is mestiza. She remembers struggling with discrimination from a young age because of this, and thought it inconceivable to ever move to the city. Regardless, Verónica told me, “I was always the daughter who took the most risks, that was encouraged to try things, the strong one, the one who never let fear stop her even when I did feel scared.” To continue her university education, she found a place in Quito and moved.

Verónica remembers this experience as a very challenging one. Though she had learned a lot of English before moving to Quito, school was hard and the environment was hard to adjust to. On top of missing her family and taking care of the chanchos back at home, Verónica recalls, “People there didn’t care about others like they do in the communities. In the city they just say hello instead of really asking how you are doing. Life is very fast there. I didn’t feel discrimination, but people were simply not very interested.”

Despite the difficulties, Verónica finished her program, and recalls her story without regrets. Back in her community she encountered other challenges but never let any of them stop her and later went on to work as an English teacher and interpreter for Tandana. Verónica believes everything happens for a reason and, looking back, she reflected, “Above all, I learned to be more human. I learned the importance of listening because that is what I needed the most…It is important to understand that people have different backgrounds and one should be respectful of that, even when you disagree.” 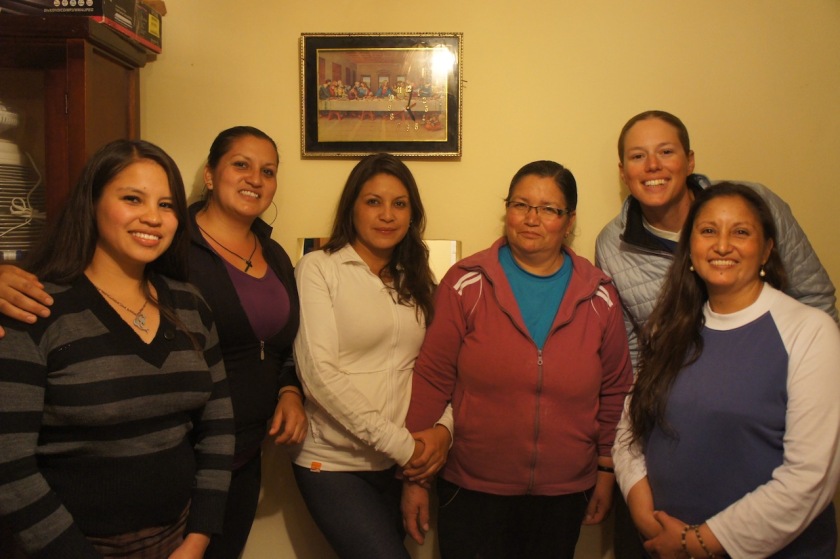 Despite being the youngest, Verónica’s classmates remember her as a mother figure. It was always important for her to make time to support those who needed her, bring food to share as she was accustomed to at home, and nurture her relationships with the group. She said: “When something is hard or makes you feel bad, you become stronger. Things can get hard and they might hurt but it’s important to be strong and try to understand. Learning to really listen and not being afraid to contribute with your opinion is very valuable. Sharing time with people and taking advantage of the opportunity to help others is a big step; it might seem small but it might change someone’s life.”

Verónica looks back at her story with a smile and is happy to be able to give advice to others interested in taking similar paths. After leaving her community, living in a much different one and coming back, she recognizes, “My concept of community is broader. Community is not just for people who share a culture, religion or even the same objectives. Community is any group who wants and feels the need to support each other. Helping each other expecting nothing, no matter where that help comes from.”

Though distinct, both Maria José’s and Verónica’s stories have a unique way of showing the value of community. Each woman’s concept of community was redefined through experience, always remaining significant.

For those like me, inspired by their stories, they each give the following advice:

“Especially -but not only- to women, don’t let anything stop you. I was able to study and support my family. If you really want it, that will give you the strength to move forward. Make an effort to know and understand others and where they come from, you never know what people are going through; like I did once, students might be having a hard time for reasons we don’t even know.” – Verónica

“Empty yourself. Anytime you’re entering an unknown environment, erase any preconceptions or illusions you might have. It is okay to have expectations, but don’t let them question reality. There will be difficult days, everything has a good and a bad side, but remember it is always worth it to do what you can for people around you.” – Maria José 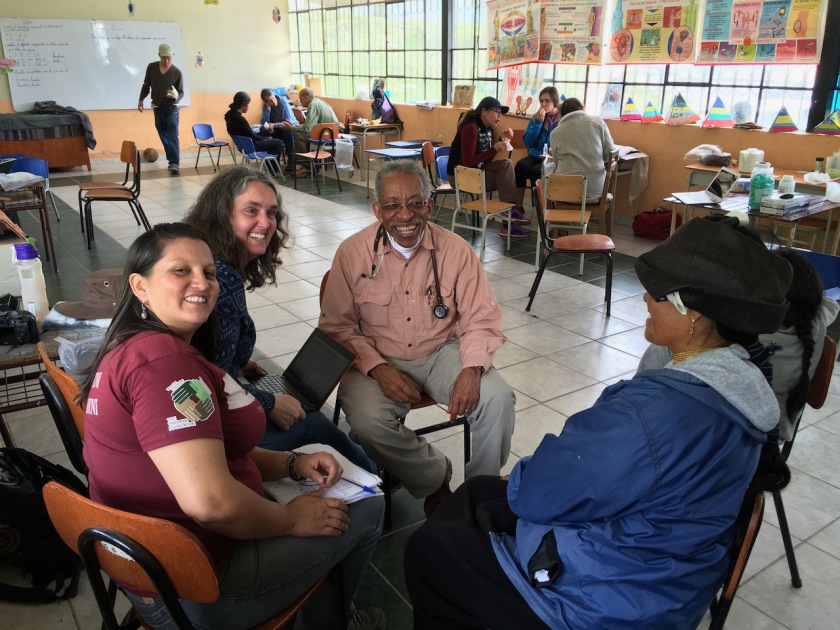 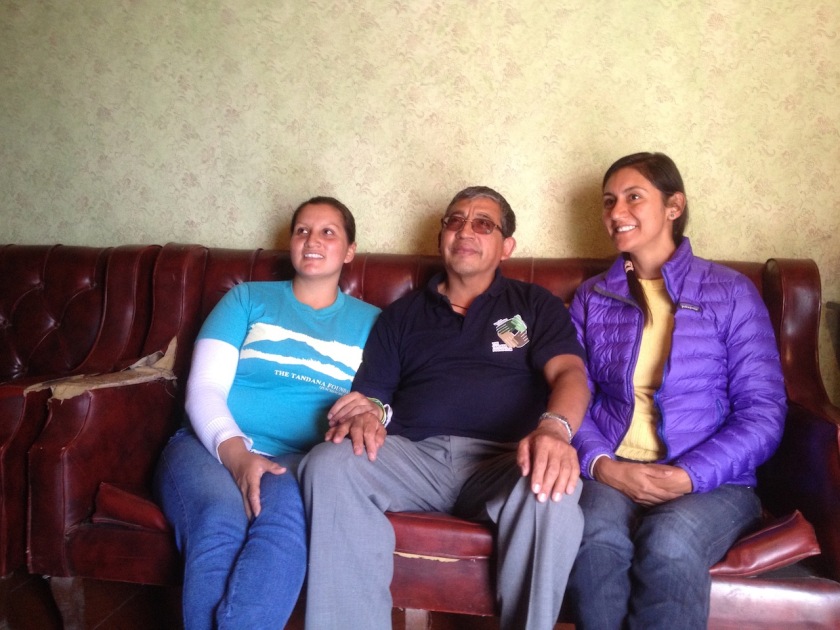