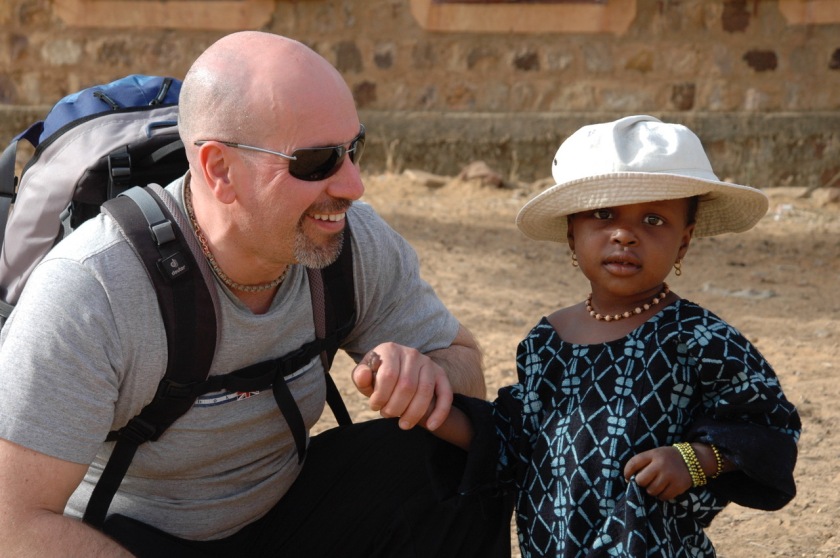 The development project as an attempt to bring all societies “forward,” along a supposed continuum, is unjustifiable.  And yet there is much important work to be done that looks very much like, and is even called, “development.”  Without development theory as a guiding framework, why do we do this work?  I have tried to explain the philosophical underpinnings for Tandana’s work, describing how they led to the work we do, but even more importantly, to the way in which we do this work.

In a series of posts you will find here, I illustrate how the principles on which Tandana is founded play out in concrete application through discussions of my own experiences as well as those of community members and volunteers who have worked with Tandana.  We see how reaching out to others with a personal approach leads, both in theory and in practice, to a world that is, incrementally, more peaceful and more just.  This personal approach could serve not only as impetus for one organization’s work but also to transform the character and effects of other groups seeking right relationship with others.  This is the second in a series of 10 posts that will give insight into both the philosophical reasons and the concrete effects of reaching out to others with a personal approach.

If you missed Part 1, read it here.

The impetus for The Tandana Foundation’s work begins with a first-person orientation toward other people. Taking a personal perspective means staying grounded, looking at others eye-to-eye, rather than surveying a panorama of human processes from above. The vocabulary of traditional “development” constructs for its agents a distant perspective. From a distant viewpoint, we tend to see needs and problems, and to fit those needs into a systemic understanding of the world. We describe poverty through technical terms like mortality rates and caloric intake. From this systemic viewpoint, all changes appear as processes, some inexorable, others requiring technical intervention. Taking this distant point of view gives us an illusion of being able to understand and control the world we live in, an illusion of being far-enough from our fellow human beings that we can avoid the simple moral demands of encountering another person face to face. This orientation, however, obscures our personhood as well as the personhood of the people most affected by our interventions.

A first-person perspective means recognizing others as people and also recognizing our own personhood. The experience of being recognized as people with agency, knowledge, and capability can be surprisingly rare for some of those who are considered the subjects of “development.” Upon the creation of her village’s cotton bank in partnership with Tandana, Sata Lafia Samakan from Yarou Plateau, Mali, exclaimed, “Yippee!!! What a good wind has brought us happiness this morning! Finally, thanks to the partnership with The Tandana Foundation, we are now recognized by the organizations that support development. Before this, we were lost and unknown to development partners.”4

Her neighbor Kadia Samakan remarked, “We are now considered as women capable of generating income, thanks to Anna and our partnership with The Tandana Foundation, which helped us start the Savings for Change Groups. This is the first organization that has supported projects designed particularly for women, with, first the Savings for Change Groups, and today, the cotton bank.”5 Women in Yarou Plateau had felt unrecognized as capable agents before being seen and acknowledged by Tandana. The residents of Ologuiné, Mali had been seeking support for a well project for many years without success. Finally, Tandana collaborated with them on this project, and then in the same year two other organizations supported other projects in the village. Mamoudou Guindo, the village chief, said, “Tandana is a bringer of happiness for us that opened the doors of partnership to us.”6 It felt as if the residents of Ologuiné first had to first be recognized as people, and, once they were, suddenly everyone could see them. A personal perspective insists always on greeting people as people.

A personal orientation also requires us to recognize our own fallible humanity. As people, we cannot control the outcome of our actions, much less the world around us. We are prone to error and misunderstandings, and yet we must take responsibility for our actions. We must work within limitations. From the Greek tragedians through Montaigne and Pascal to contemporary post developmentalists such as José Maria Sbert and Gustavo Esteva, there have been many warnings about the disasters that can result when we ignore our human limitations.7 Accepting them means that we cannot be in control and that we will make mistakes with consequences for which we hold responsibility. The mistakes, however, may be easier to bear and to repair when they are made within the context of personal relationships than when they occur in a technical intervention designed to control from above. Mistakes are common in Tandana experience, and each one serves as a learning opportunity, a chance to grow as people, and sometimes even an opening to strengthen relationships. To be fully human, we must take the risks of acting in full knowledge of our fallibility and in awareness of our incomplete knowledge. There is no absolute authority to which we can turn, and so we must take the risk. As Paul Tillich explains:

A morality which plays safe, by subjecting itself to an unconditional authority, is suspect. It has not the courage to take guilt and tragedy upon itself. True morality is a morality of risk. It is a morality which is based on the “courage to be,” the dynamic self-affirmation of man as man. This self-affirmation must take the threat of non-being, death, guilt, and meaninglessness into itself. It risks itself, and through the courage of risking itself, it wins itself.8

In a personal perspective, we accept our limitations and our fallibility, acting while knowing the risks.

A first-person orientation has several important results. First, it allows for face- to-face interactions, which generate moral obligations to the other.9 Second, it keeps a space for a plurality of people, which makes action possible. Third, it involves inhabiting a particular point of view, which allows for agency.10

Tandana’s work also begins with a willingness to reach out to communities of different cultures, economic situations, and lifestyles. This openness to that which is different contrasts not only with isolationist and xenophobic attitudes, typically attributed to “conservatives,” but also with the contemporary “liberal” tendency to shy away from international work for fear of reinscribing imperial histories. On college campuses in recent years there has developed a sense that because of the enormous wrongs of Western imperialism and the continuing power of associated interests, anything that Westerners might do in nations that were formerly colonized is tainted by neocolonialism and thus to be avoided. One student at Whitman College told me that through her study abroad program she had realized that she really should not even be in the country where she had studied. A group of students from George Washington University who traveled to Ecuador during their spring break to work with Tandana and the community of Guachinguero discussed their concerns with the neocolonial aspects of their enterprise so much that they struggled even to engage with their enthusiastic hosts. Lucas Crampton, one of these insightful students, reflected:

Look at me. Take a look at yourself. Okay, now look around. You are in one of the most scenic places on Earth, surrounded by the warmest people you have met. Is this service or is it vacation? Is this doing good? Maybe, you think, this is not what you set out for. Did you descend from the sky with all the grandeur and none of the benevolence of an angel? Did your touchdown fall into the centuries-old pattern of clash and exploitation?11

The students from Guachinguero who were looking forward to getting to know new playmates were confused by their visitors’ reticence. The mutual learning and human connections were inhibited by the North Americans’ fear of replicating colonial encounters, but over time, with a willingness on both sides, this barrier was eroded and there was some connection. Crampton concluded, “Maybe instead of measuring your time in Ecuador upon an abstract utilitarian rationalist ethical scale, you can relax for a moment, connect with another human, and say yes to what is happening around you. Maybe it just is. This is here and this is an invaluable treasure.”12 It is important, of course, to reflect critically on what we do and how it relates to larger patterns that are highly problematic. If this reflection leads to paralysis, however, it prevents us from being open to the other. The reality is that we cannot avoid participating in global networks that affect people in many countries. Furthermore, there are ways to interact with those who are different that are respectful and compassionate. By opening ourselves to encounters with difference, we increase our chances of interacting in positive ways with people whose cultures, opportunities, and backgrounds contrast with our own. Reaching out to communities that are different from one’s own leads to experiencing inequalities and difference, and, when done with a first-person orientation, to the dynamic and unpredictable interactions that Parker Palmer calls “live encounters.”13

6. The Tandana Foundation, “What People Say About Their Experience,” accessed May 16, 2018. http://tandanafoundation.org/testimonials.html

One thought on “First-Person Orientation and Reaching Out: Part 2”